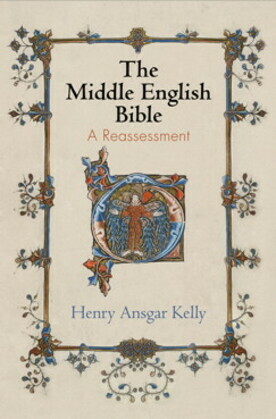 by Henry Ansgar Kelly (Author)
Excerpt
Nonfiction Literary essays Religion Biblical studies
warning_amber
One or more licenses for this book have been acquired by your organisation details
EPUB
Unlimited loans, One at a time
Details

In the last quarter of the fourteenth century, the complete Old and New Testaments were translated from Latin into English, first very literally, and then revised into a more fluent, less Latinate style. This outstanding achievement, the Middle English Bible, is known by most modern scholars as the "Wycliffite" or "Lollard" Bible, attributing it to followers of the heretic John Wyclif. Prevailing scholarly opinion also holds that this Bible was condemned and banned by the archbishop of Canterbury, Thomas Arundel, at the Council of Oxford in 1407, even though it continued to be copied at a great rate. Indeed, Henry Ansgar Kelly notes, it was the most popular work in English of the Middle Ages and was frequently consulted for help in understanding Scripture readings at Sunday Mass.

In The Middle English Bible: A Reassessment, Kelly finds the bases for the Wycliffite origins of the Middle English Bible to be mostly illusory. While there were attempts by the Lollard movement to appropriate or coopt it after the fact, the translation project, which appears to have originated at the University of Oxford, was wholly orthodox. Further, the 1407 Council did not ban translations but instead mandated that they be approved by a local bishop. It was only in the early sixteenth century, in the years before the Reformation, that English translations of the Bible would be banned.