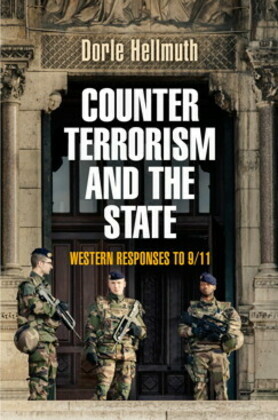 Counterterrorism and the State

by Dorle Hellmuth (Author)
Excerpt
Nonfiction Social science Political science Political freedom & security International security Terrorism
warning_amber
One or more licenses for this book have been acquired by your organisation details
EPUB
Unlimited loans, One at a time
Details

Dorle Hellmuth argues that the nature of state responses to terrorism is shaped by the particular governmental framework and process within which counterterrorism measures are decided. Using four Western democracies as case studies, Hellmuth measures effects of government structures on counterterrorism decision-making processes and outcomes. In doing so, she examines how similar or different the responses have been in four parliamentary and presidential systems, and clears up common misperceptions about domestic counterterrorism efforts on both sides of the Atlantic.

Each of Hellmuth's four case studies reviews the official constitutional powers and informal relationships between executive and legislative branches, outlines decision-making processes leading to counterterrorism policies and reforms since 9/11, and summarizes how structural factors influenced those processes. By measuring and comparing structural effects, and by going beyond the common U.S. and British focus to include counterterrorism decision-making in Germany and France, Hellmuth shows that there are important similarities between those governments designed to constrain executive power (Germany and the United States) and those that facilitate executive power (France and Great Britain). Her analysis further demonstrates that in presidential systems executive and legislative branches have incentives to produce a steady stream of reforms, that presidents have more opportunities than leaders of parliamentary systems to expand their unilateral powers during times of crisis, and that choices designed to strengthen presidential positions influence the direction, nature, and scope of institutional reform.