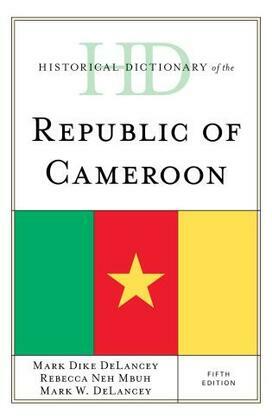 Historical Dictionary of the Republic of Cameroon

Cameroon is a land of much promise, but a land of unfulfilled promises. It has the potential to be an economically developed and democratic society but the struggle to live up to its potential has not gone well. Since independence there have been only two presidents of Cameroon; the current one has been in office since 1982. Endowed with a variety of climates and agricultural environments, numerous minerals and substantial forests, and a dynamic population, this is a country that should be a leader of Africa. Instead, we find a country almost paralyzed by corruption and poor management, a country with a low life expectancy and serious health problems, and a country from which the most talented and highly educated members of the population are emigrating in large numbers. To all of this is recently added a serious terrorism problem, Boko Haram, in the north, a separatist movement in the Anglophone west, refugee influxes in the north and east, and bandits from the Central African Republic attacking eastern villages.

This fifth edition of Historical Dictionary of the Republic of Cameroon contains a chronology, an introduction, and an extensive bibliography. The dictionary section has over 300 cross-referenced entries on important personalities, politics, economy, foreign relations, religion, and culture. This book is an excellent resource for students, researchers, and anyone wanting to know more about the Republic of Cameroon.