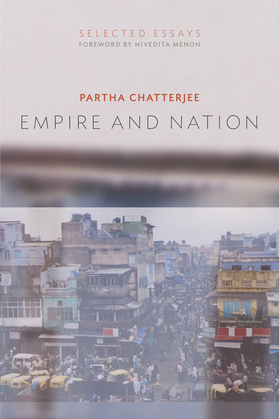 Partha Chatterjee is one of the world's greatest living theorists on the political, cultural, and intellectual history of nationalism. Beginning in the 1980s, his work, particularly within the context of India, has served as the foundation for subaltern studies, an area of scholarship he continues to develop.

In this collection, English-speaking readers are finally able to experience the breadth and substance of Chatterjee's wide-ranging thought. His provocative essays examine the phenomenon of postcolonial democracy and establish the parameters for research in subaltern politics. They include an early engagement with agrarian politics and Chatterjee's brilliant book reviews and journalism. Selections include one never-before-published essay, "A Tribute to the Master," which considers through a mock retelling of an episode from the classic Sanskrit epic, The Mahabharata, a deep dilemma in the study of postcolonial history, and several Bengali essays, now translated into English for the first time. An introduction by Nivedita Menon adds necessary context and depth, critiquing Chatterjee's ideas and their influence on contemporary political thought.