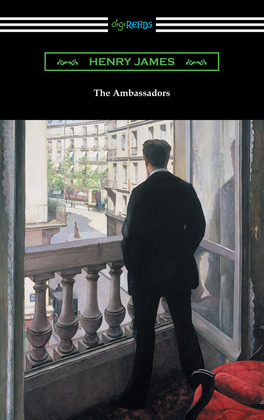 First published in 1903 in serial form, Henry James? ?The Ambassadors? is the story of the middle-aged and naïve Lewis Lambert Strether, who travels to Europe at the behest of his widowed fiancée to find her supposedly wayward son, Chad Newsome. Mrs. Newsome fears he has fallen under the spell of a sinful woman and Strether must rescue him. With the intent of bringing Chad back to America and to his post at the family business, Strether encounters many unexpected complications along the way and finds that the situation may not be as his fiancée has imagined. Strether finds himself seduced by the beauty of Europe, the more casual and open relationships of the Europeans he encounters, and the relaxed social mores. Strether is so seduced that he considers never returning to his home and begins to fall in love with another woman. Eventually, Strether comes to his senses and realizes that Europe may not be the paradise he has convinced himself it to be. Strether returns to America as a changed man, less rigid, wiser, and more thoughtful. Hailed as one of James?s finest novel and his own personal favorite, ?The Ambassadors? is the perfect blending of the old world with the new. This edition includes a biographical afterword.