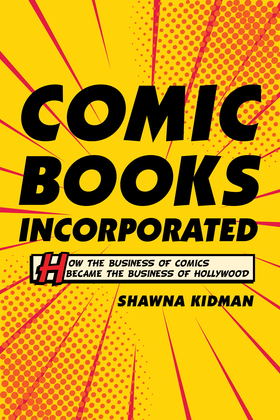 Comic Books Incorporated tells the story of the US comic book business, reframing the entire history of the medium through an industrial and transmedial lens. Comic books wielded their influence from the margins and in-between spaces of the entertainment business for half a century before moving to the center of mainstream film and television production. This extraordinary history begins at the medium’s origin in the 1930s, when comics were a reviled, disorganized, and lowbrow mass medium. Visiting critical moments along the way—market crashes, corporate takeovers, upheavals in distribution and financial transformations—Shawna Kidman concludes this revisionist history in the early 2000s, once Hollywood had fully incorporated comic book properties and strategies into its business models. The medium had transformed into the heavily exploited, exceedingly corporate, and highly esteemed niche art form we know so well today.