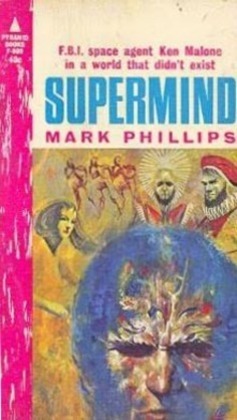 Malone lives in a world where psionic powers such as telepathy and teleportation exist. Malone must cope with them as well as an FBI Director who leaves Malone continually confused about what situation he is being asked to handle and what he is expected to do about it.

Published in Analog as "Occasion for Disaster," Supermind has Malone investigating a series of incidents in which people make mistakes -- sometimes minor, and sometimes major -- that lead to disasters. It looks like a secret cabal of psis may be behind events, influencing the behavior of those involved. Are they? And if so, why? Malone must find out if it kills him -- which is a very real possibility.