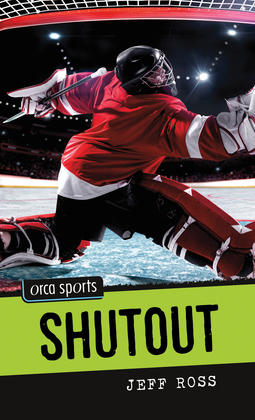 Alex Paterson is the number-one goalie on his high-school ?hockey team. And he's thrilled that his team has made the playoffs. But when graffiti that apparently can be traced back to Alex is found on the walls of the school, and a photo of Alex at a party with a beer in his hand starts making the rounds, he is suspended from the team, and his reputation as a good kid is put in doubt. Alex knows he's innocent. The problem is, he cannot figure out who would want to frame him. Or why. Is it the other goalie who wants all the glory for himself? Or someone from a rival team looking for an advantage? With everyone assuming the worst about him, it's up to Alex to find out who is behind it all, not only to clear his name, but to save the season.