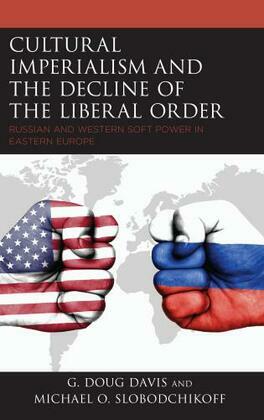 Cultural Imperialism and the Decline of the Liberal Order

The end of the Cold War heralded in a new era for liberalism. Eastern European states adopted democracy and capitalism to gain acceptance by the West. Yet, a mere two decades later, liberalism was in crisis. The rise of illiberal democracies and nationalist movements in the second decade of the twenty-first century have left scholars baffled. How could this happen? Dr's. Davis and Slobodchikoff show that the decline of the liberal order lies within its own ideology: as it champions freedom, liberalism requires its adherents to give up their cultural traditions and adopt the global ethos to be legitimate. Through a systematic analysis of Western and Russian soft power in Poland and Serbia, the authors explain the decline of liberalism and the battle over the balance of power in Eastern Europe.