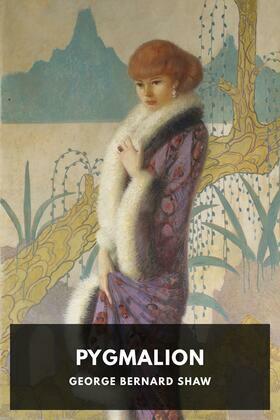 Pygmalion is a 5-act play by George Bernard Shaw. It was written in 1912 and first produced in 1913. The plot revolves around Professor Henry Higgins’ bet with a colleague over whether he can transform a low-class flower girl, Liza Doolittle, into the equivalent of a Duchess in just 6 months. Pygmalion was a Greek mythological figure who fell in love with a sculpture he had carved and was a popular theme in Victorian drama.

Most people would be familiar with the characters Eliza Doolittle and Henry Higgins from the hit 1956 musical My Fair Lady, which was adapted from Pygmalion, though the plots differ in small but significant ways. In particular Shaw wanted to avoid any sense of a “happy ending” and, after viewing a performance of the play where an extra scene had been added, he wrote a sequel which definitively states what came after. The sequel was included in the published edition.