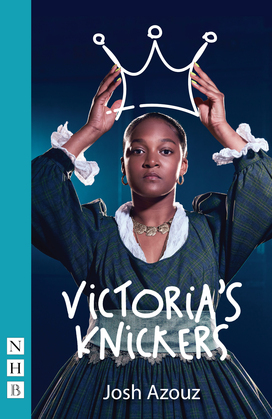 On the eve of her coronation, Victoria is having a bath. Out of her chimney falls Edward ‘The Boy’ Jones. Again. Adored by the tabloids and hated by the establishment, his repeated break-ins to the palace remain a mystery to all. Except Victoria.

An epic romcom, Victoria’s Knickers tells the story of an unlikely romance between the Queen of England and a boy from the wrong side of the tracks. Will the teenage lovers survive a power-crazed Lord Conroy, the Chartists and Prince Albert?

Set against the backdrop of an uncertain England and with original songs from Chris Cookson, Josh Azouz's play Victoria’s Knickers is an irreverent tale of passion and violence told with an anarchic heart and a razor-sharp wit.

The play premiered at Soho Theatre, London, in October 2018, performed by the National Youth Theatre and directed by Ned Bennett.