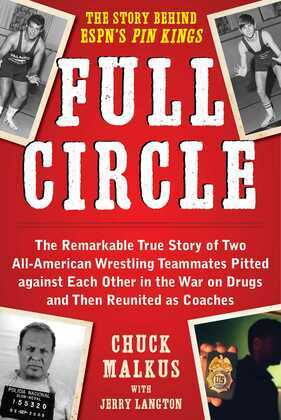 Glamour, excitement, and money were thrust upon Miami in the late 1970s. Seemingly overnight, it transformed from a sleepy Southern town famous only for its retirees, to an exciting mix of wealth, style, and violence. It was the Cocaine Era, when mountains of cash, bricks of coke, and men with assault rifles changed everything. And it changed the people living there, as well. Kevin Pedersen and Alex DeCubas, a couple of local boys who met at a Little League game, became best friends and star high school wrestling teammates. They were even featured in Sports Illustrated. Alex, who was so big and powerful that he wasn't allowed to play football with the other kids, was on his way to bigger things, possibly the Olympics, when a series of tragedies derailed his dreams. Instead, he used his natural strength and ferocity to start robbing drug dealers and selling what he took. Before long, he caught the eyes of the Colombians and became the biggest home-grown cocaine dealer in the United States. Kevin, half Alex's size, became a wrestling champion through self-discipline, hard work, and drive. After graduating from West Point, he saw his family life deteriorate because of drugs. After divorcing his coke-addicted wife, he came close to suicide until his mind changed. He realized America's enemy wasn't Iran or Russia or any other country, it was drugs. He went to work for the DEA, and on his first day, Kevin found out that his old friend, Alex, was their primary target. And, years later, after the pair faced conflict, personal turmoil, and (for Alex) a long prison sentence, the pair reunited and teamed up to do what they perhaps always should have--coaching high school wrestling together. Full Circle is the remarkable true story of two best friends, their relationship torn apart by the "War on Drugs" as each was put into opposite sides of the conflict.