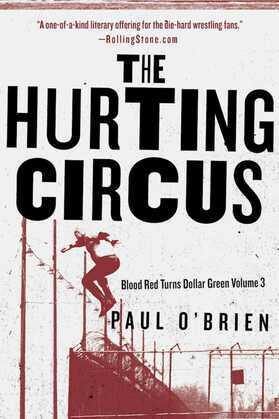 The conclusion of the acclaimed trilogy in which professional wrestling meets Empire, called a one-of a kind literary offering for die-hard wrestling fans? (RollingStone.com).

Back on the outside, things haven?t gotten any easier. Danno?s death has made the spotlight shine on the world of professional wrestling a little too brightly for the comfort of many. Senator Tanenbaum is leading the charge to shut the whole thing down, while the other wrestling bosses haven?t wasted any time in trying to consolidate their territories and grab new ones. But Danno?s old crew isn?t about to let the other promoters take what is rightfully theirs, at least not without a fight. And, try as he might to get home, Lenny?s role in it all isn?t over.

In this thrilling final chapter of Paul O?Brien?s gritty Blood Red Turns Dollar Green trilogy, it all comes down to Lenny. And twelve years is a long time to think and to plan.