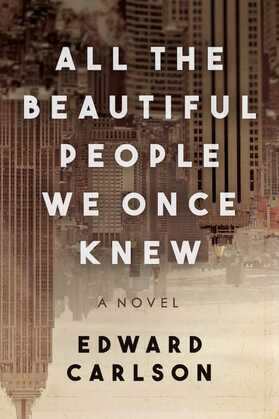 All the Beautiful People We Once Knew

For fans of Don DeLillo and Joseph O?Neill, an enthralling debut about the one percent, what they?ll do to stay on top, and the callous gaze they turn on those below them.

Burned-out and alienated, Kilgore associate attorney Stephen Harker spends his work days defending insurance companies against spurious litigation commenced by private soldiers who supported US military operations in Iraq and Afghanistan. Harker’s charismatic, womanizing boss assigns him a case defending insurance behemoth WorldScore against a lawsuit filed by Major Mike "Bud" Thomas, a veteran, former contract soldier, and divorced father seeking compensation for PTSD and injuries suffered in Afghanistan. Just as Harker turns the firm’s full legal power on the wounded, unstable veteran, he commences an unhealthy relationship with his boss’s estranged bohemian wife, setting himself up for a downward existential spiral that almost destroys Harker, until a brutal act of violence presents him with a final shot at redemption.

All the Beautiful People We Once Knew is a riveting insider's indictment of the world of the corporate elite and the savage determination with which they fight to maintain control. In a society where the very institutions that should support our returning veterans instead view them with suspicion, this stunning debut is a grim reflection on the ever-growing rift between the classes.