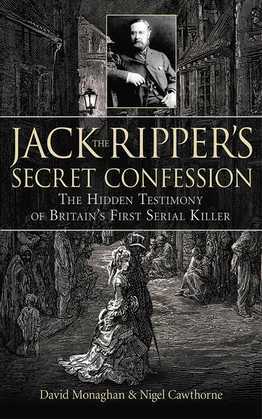 With several million copies sold in the last fifty years, My Secret Life, first published by Grove Press in the 1960s, is one of the most famous pornographic works in literary history. What readers of this long-banned and troubling book of violent sexual fantasies failed to realize is that it is also the confession of history?s most fiendish killer.

Written during the era of Jack the Ripper, it?s narrated by Walter,? the pseudonym of textile millionaire Henry Spencer Ashbee. Walter was a voyeur and rapist obsessed with prostitutes, and his writing revealed his darkest sexual secrets. He died in 1901, long before his book would be widely read. Only now have researchers finally come to the conclusion that Walter? and Jack the Ripper were, in fact, one and the same.

Jack the Ripper?s Secret Confession puts all the pieces together, and its new theory will amaze and titillate scholars who for generations have pondered the true identity of history?s most brutal murderer.