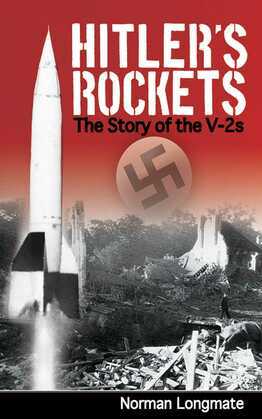 In Hitler?s Rockets Norman Longmate tells the story of the V-2, the technically brilliant but hated weapon, the ancestor and forerunner of all subsequent ballistic missiles. He reveals the devious power-play within the German armed forces and the Nazi establishment that so influenced the creation of the rockets. He shows through contemporary documents and protagonists? accounts how the British intelligence skillfully pieced together often contradictory evidence as it sought to establish the true nature of the threat. Finally he recalls in detail the feel and fears of the time from the viewpoint of those who suffered, and those who were all too conscious tat they were the target.