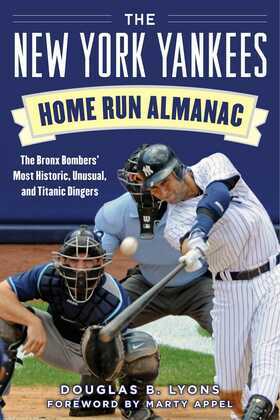 The New York Yankees don't call themselves the "Bronx Bombers" for nothing. And though Babe Ruth did not invent the home run, he did indeed popularize it and make it seem less vulgar.
New York Yankees Home Run Almanac presents a month-by-month tally of historic, important, unusual, or titanic home runs, hit mostly by Yankees (or players who hit them at Yankees ballparks). It covers everyone from Ruth to Mickey Mantle, Alex Rodriguez, Joe DiMaggio, Lou Gehrig, Reggie Jackson, Derek Jeter, Aaron Judge, and many more pinstripe players, past and present, in an easy-to-read format. Some of the many dingers featured include: