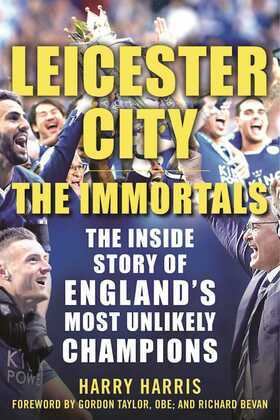 The Immortals is the fairy-tale account of Leicester City, who rose from the very bottom of the English Premier Leaguethe world?s toughest soccer leagueto triumph against all odds (5,0001) and finish as champions.

Ending up in League One (third level) for the first time in 200809, the team stormed through the season to win the league and was promoted back up to the League Championship (second league). After four seasons as a middle-of-the-pack team, Leicester won the league in 201314, being promoted to the EPL for the first time in a decade. After a strong start the following season, the team quickly faded and looked to be facing relegation. But after winning seven out of their last nine games, they avoided the demotion and finished in fourteenth place.

Under the calm and wise management of Claudio Ranieriwho was named as manager to start the 201516 seasonthe East Midlands club stunned football supporters by winning despite not having a recognizable superstar on the team.

With massive team spirit and a never-say-die attitude, the team kept Tottenham, Arsenal, and Manchester City at bay to secure their first ever Premier League trophy in their 132-year history. In the process, journeyman players such as Jamie Vardy, Riyad Mahrez, N?Golo Kante, and Kasper Schmeichel became household names and added to the team?s growing lore.

Written by legendary soccer writer Harry Harris, with seventy-six books to his name, The Immortals is a must-read for all fans of the sport, as well as those who adopted Leicester City and the Foxes during their dramatic run.