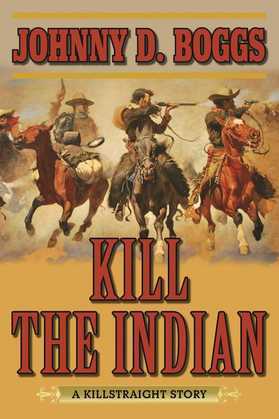 Boggs is among the best Western writers at work today. He writes with depth, flavor, and color.? Booklist

Young Comanches Daniel Killstraight and Charles Flint have been called to Texas. Captain Pratt will be giving a talk on the transformations brought about by the Carlisle Industrial School, of which Killstraight and Flint are shining examples. They?ll be joining a Comanche delegation led by Quanah Parker, who will be negotiating grasslands leasesuntil blown-out gas lamps in Quanah Parker?s room kill a Comanche chief and put Parker in a coma.

But the question of who tried to murder Quanah Parker is not an easy one. He had many enemies among both native and white men. Daniel attempts to unravel the mystery while fulfilling his original purpose in Texasto support Captain Pratt?s talk. But he doesn?t know who to trust, especially as the list of suspects begins to dwindle.

Will Killstraight figure out who is after Quanah Parker? Can the land disputes of the People be resolved? And will justice be served by the anti-Indian townspeople? Find out in Johnny D. Boggs?s novel Kill the Indian.