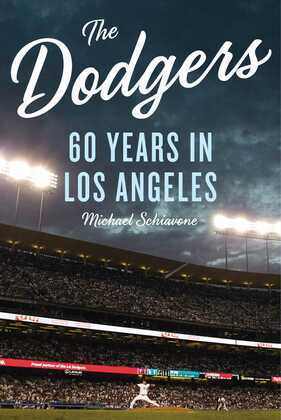 In 1957, the Dodgers left their home of Brooklyn, New York, where they had been since their inception in 1884, for the sunny hills of Los Angeles, California. Since arriving in LA, the team has won five World Series and ten NL Pennants, and become one of the top-grossing organizations in Major League Baseball.

The Dodgers: 60 Years in LA chronicles the team’s impressive history since arriving in the West Coast. Covering the amazing feats of Dodgers greats such as Steve Garvey, Fernando Valenzuela, and Kirk Gibson, author Michael Schiavone offers an in-depth history of the team since their arrival in 1958 and through the 2017 season.

With highlights of each season, the moments fans love to remember (or wish to forget), as well as those who have graced the field of Chavez Ravine, The Dodgers: 60 Years in LA shares the wonderful history of the boys in blue in the most comprehensive book available. Whether you’re a fan of the Dodgers of old or today’s team, this book offers the most information of the team’s time in California than any other on the market.