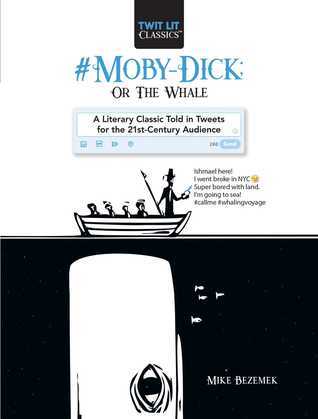 #Moby-Dick; Or, The Whale

Moby Dick is regularly hailed as one of the greatest works of American literature. But suppose Ishmael had instead shared his tale in tweets? #Moby-Dick or The Whale in Tweets hilariously reimagines Herman Melville's classic whaling novel in just 200 tweets, each 140 characters or less.

In this witty abridgment, mad captain Ahab's quest for vengeance upon a white whale is retold with Internet acronyms. The plight of the Pequod and its motley crew is punctuated by the occasional emoji. And Ishmael ponders whaling and humanity with hashtags.

Including an appendix that presents the original passages upon which each tweet is derived, #Moby Dick offers modern readers an entertaining and accessible companion to a great American classic.