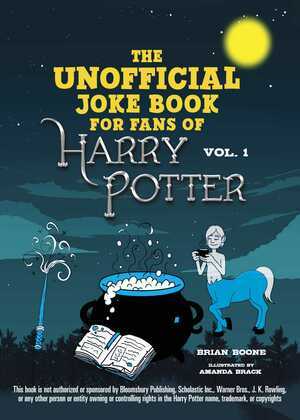 Why did Voldemort cross the road? Because he looks like a demented chicken.

Muggle world got you down? Dark Lord actively trying to end you? Horcrux fell in between the abyss that is your couch cushions? Need some laughter but haven’t learned the tickling charm yet? Don’t worry; The Unofficial Harry Potter Joke Book is here to relieve some of the daily stresses that accompany a life of witchcraft and wizardry. “Tom” Riddles, knock-knock jokes, and plenty of puns: