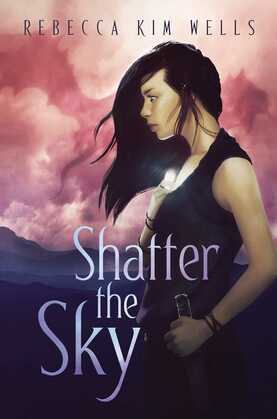 “A top-notch dragon story…Both nuanced and real.” ?Shelf Awareness (starred review)
“I absolutely devoured it.” ?Mackenzi Lee, bestselling author of The Gentleman’s Guide to Vice and Virtue
“Perfect for fans of Tamora Pierce, Renée Ahdieh, and Cindy Pon.” ?Saundra Mitchell, author of All the Things We Do in the Dark and editor of YA anthology All Out

A determined young woman sets out to rescue her kidnapped girlfriend by stealing a dragon from the corrupt emperor in this stunning fantasy debut that’s perfect for fans of Margaret Rogerson, Rae Carson, and Rachel Hartman.

Raised among the ruins of a conquered mountain nation, Maren dreams only of sharing a quiet life with her girlfriend Kaia?until the day Kaia is abducted by the Aurati, prophetic agents of the emperor, and forced to join their ranks. Desperate to save her, Maren hatches a plan to steal one of the emperor’s coveted dragons and storm the Aurati stronghold.

If Maren is to have any hope of succeeding, she must become an apprentice to the Aromatory?the emperor’s mysterious dragon trainer. But Maren is unprepared for the dangerous secrets she uncovers: rumors of a lost prince, a brewing rebellion, and a prophecy that threatens to shatter the empire itself. Not to mention the strange dreams she’s been having about a beast deep underground…

With time running out, can Maren survive long enough to rescue Kaia from impending death? Or could it be that Maren is destined for something greater than she could have ever imagined?