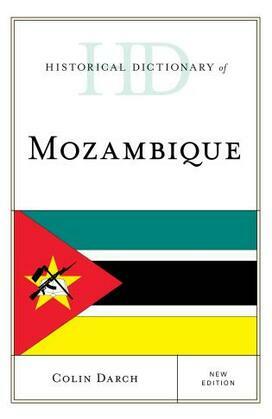 The new edition of Historical Dictionary of Mozambique covers the Bantu expansion; the arrival of the Portuguese navigators and their str competition with local African power centers and coastal Arab-Swahili trading towns; the trade cycles of gold, ivory, and slaves; the establishment of the semi-Africanized prazos along the Zambezi Valley; “pacification” campaigns; and the period of Portuguese weakness in the late 19th and early 20th centuries when vast tracts of land were rented to concessionary companies. In the late colonial period the Salazar dictatorship tried to reassert Portuguese power, but after ten years of armed struggle for national liberation, Mozambique gained its independence in 1975.

The book contains a chronology, an introduction, appendixes, and an extensive bibliography. The dictionary section has over 600 cross-referenced entries on important personalities, politics, economy, foreign relations, religion, and culture. This book is an excellent resource for students, researchers, and anyone wanting to know more about Mozambique.