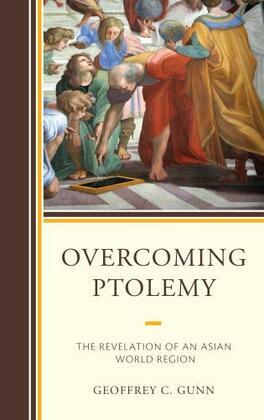 Studies on global metageography are enjoying a revival, and in no way is this better referenced than against the geo-world system bequeathed by Claudius Ptolemy almost two thousand years ago. This is all the more important when we consider the longevity of the Ptolemaic construct through and beyond the European age of discovery allowing as well for its eventual revision or refinement. Innovations in navigational science, cartographic representations, and textual description are all called upon to illustrate this theme. With its focus upon the macro-region termed India Extra Gangem, literally the space between India and China, the book unfolds a fourfold agenda. First, it explains the Ptolemaic world system back to classical points of reference as well as to its reception in late medieval Europe from Arabic sources. Second, it tracks the erosion of the Ptolemaic template especially in the light of new empirical data entering Europe from early travel accounts as well as the first voyages of discovery. Third, through selected examples, as with India, Southeast Asia, and China, it seeks to expose textual and cartographic adjustments to the classical models flowing from the scientific revolution. Fourth, through an examination of Jesuit astronomical observations conducted at various points in Asia, it demonstrates how Eurasia was actually measured and sized with respect to its true longitudinal coordinates such had deluded Columbus and even succeeding generations. In short, this work problematizes the creation of geographical knowledge, raises awareness as to the making of region in Asia over long historical time—the Ptolemaic world-in-motion—and, as a more latent agenda, sounds an alert as to the perils of overdetermination in the setting of modern boundaries whether upon land or sea.