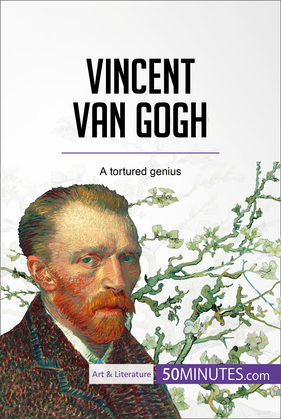 Keen to learn but short on time? Find out everything you need to know about the life and work of Vincent van Gogh in just 50 minutes with this straightforward and engaging guide!

Vincent van Gogh was a Dutch artist who was active during the late 19th century. The primary subjects of his work were landscapes and the realities of rural life, and his paintings often reflected his own state of mind through the use of vibrant colours and curved lines. Van Gogh was an extremely prolific painter and produced around 900 paintings in his lifetime, most of which were completed in his final two years of life. However, it is believed that he only sold one painting during his lifetime, as his unconventional style did not become popular until after his death. Today, his most famous works include The Starry Night and The Sunflowers, and his work is credited with inspiring several later artistic movements, including Fauvism and Expressionism.

In this book, you will learn about:


The Art & Literature series from the 50Minutes collection aims to introduce readers to the figures and movements that have shaped our culture over the centuries. Our guides are written by experts in their field and each feature a full biography, an introduction to the relevant social, political and historical context, and a thorough discussion and analysis of the key works of each artist, writer or movement, making them the ideal starting point for busy readers looking for a quick way to broaden their cultural horizons.