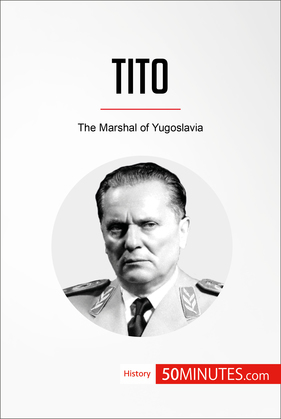 Keen to learn but short on time? Get to grips with the life and career of Josip Broz Tito in next to no time with this concise guide.

50Minutes.com provides a clear and engaging analysis of the life of Josip Broz Tito, Marshal of Yugoslavia, who exercised a decisive influence on the country's history from the end of the Second World War in 1945 to his death in 1980. In particular, he defied Stalin's leadership of the international Communist movement, opened up his country to Western influences and played a key role in the foundation and early days of the Non-Aligned Movement. The years following his death saw widespread political turmoil and a series of bloody internecine wars, and the country he had helmed for decades officially ceased to exist in 1992.

In just 50 minutes you will:
o Find out about the events leading up to the foundation of the Socialist Federal Republic of Yugoslavia
o Understand Tito's role in the Second World War and the Cold War, including the establishment of the Non-Aligned Movement
oLearn about the key events in the history of Yugoslavia and the nation's eventual dissolution