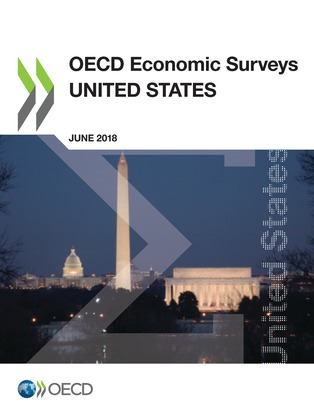 The current expansion in the United States is one of the longest on record. Economic growth since the financial crisis has also been amongst the strongest in the OECD. Robust job growth has helped bring people into employment and reduce the unemployment rate. Partly as a result, material wellbeing is high and Americans are doing well on average in comparison with residents of other OECD counties. The near-term outlook for growth is strong, partly as a result of substantial fiscal stimulus. In the longer run, improving the business environment would help sustain growth, by reanimating firm creation and productivity growth. Labour force participation rates of prime age workers are relativley low and have only recently begun to recover from the decline after the crisis. Job losses have become more persistent in areas hit by adverse structural shocks, contributing to the decline in participation. In addition, changing jobs has become more difficult over time, which is a concern with the potential for automation and globalisation to disrupt local labour markets. Labour market participation is also adversely affected by opioid addiction, which also costs many lives, harms livelihoods and entails significant public healthcare spending.