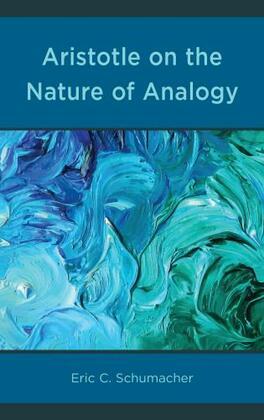 Aristotle on the Nature of Analogy

Focusing primarily on Aristotle’s Physics Alpha, an attempt is made to establish the structure and significance of the Aristotelian analogy. Traditionally, the concept of analogy in Aristotle has been treated along two lines of interpretation. In this book, these are referred to as the mathematical interpretation and the correlative interpretation. The mathematical approach claims that the Aristotelian analogy only accounts for proportional comparisons between usually four things. On the other hand, the correlative interpretation describes the Aristotelian analogy as something that unites the multiple uses of a single term (the many uses of “healthy,” for example). This book will argue that both of these interpretations overlook the nature of the Aristotelian analogy. The structure of analogy can be taken from Aristotle’s discussion of the three principles of natural “becoming” in his Physics Alpha. In Physics Alpha, Aristotle claims that these three principles are: 1) the being in its addressable form (logos); 2) the course of becoming of that addressable being (ster?sis); 3) the substance that remains the same throughout the change (hypokeimenon). Although the first principle, logos, accounts for addressability, the other two do not. The second and third principles are inseparable from logos but always remain hidden from addressability (ana-logos). This book will argue that these principles reveal a structure of analogy that discloses an inherent mobility of logos which enables it to reflect the intuitive and ever-changing principles of becoming. As such, the relationship between Logos and intuition (nous) can be reimagined.