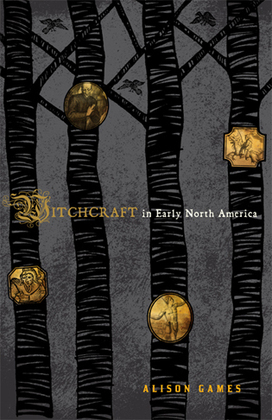 Witchcraft in Early North America investigates European, African, and Indian witchcraft beliefs and their expression in colonial America. Alison Games's engaging book takes us beyond the infamous outbreak at Salem, Massachusetts, to look at how witchcraft was a central feature of colonial societies in North America. Her substantial and lively introduction orients readers to the subject and to the rich selection of documents that follows. The documents begin with first encounters between European missionaries and Native Americans in New France and New Mexico, and they conclude with witch hunts among Native Americans in the years of the early American republic. The documents—some of which have never been published previously—include excerpts from trials in Virginia, New Mexico, and Massachusetts; accounts of outbreaks in Salem, Abiquiu (New Mexico), and among the Delaware Indians; descriptions of possession; legal codes; and allegations of poisoning by slaves. The documents raise issues central to legal, cultural, social, religious, and gender history. This fascinating topic and the book’s broad geographic and chronological coverage make this book ideally suited for readers interested in new approaches to colonial history and the history of witchcraft.