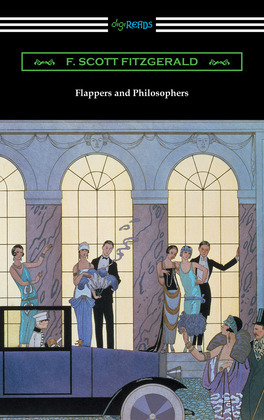 The first short story collection by F. Scott Fitzgerald, “Flappers and Philosophers” was originally published in 1920. The eight stories of the collection are set in the era for which the author is best known, the Jazz Age, a term Fitzgerald himself coined. While perhaps best known for his novels, Fitzgerald was a prolific and accomplished short story writer and found the most fame and fortune during his career in writing short stories for magazines, such as the Saturday Evening Post. Included in this collection are some of his most famous and romantic short stories, such as “The Offshore Pirate” and “Head and Shoulders,” which mirror many of the themes in his novels: mismatched lovers, the sacrifice of career goals for love, and bittersweet endings. Fitzgerald’s versatility and range as an author can be seen in the melancholy and tragic examination of a long marriage in “The Cut-Glass Bowl” when compared to the tale of youthful competition and revenge in “Bernice Bobs Her Hair.” These short stories demonstrate why Fitzgerald is considered one of America’s very best authors. This edition includes a biographical afterword.