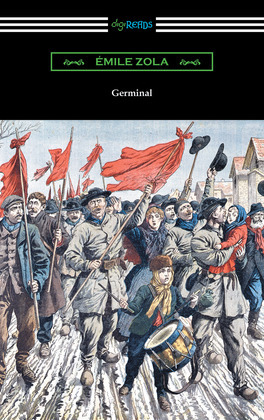 Originally published in serial form in 1884 to 1885, ?Germinal? is Émile Zola?s realistic depiction of the coalminers? strike in northern France in the 1860s. In this faithful translation from the original French by Havelock Ellis, the story centers on Étienne Lantier, a young migrant worker who arrives at the coalmining town of Montsou in search of work. Set against a backdrop of extreme poverty and oppression, ?Germinal? is the story of the idealistic but naive Étienne, who embraces the ideals of the socialistic movement and goes on to lead a strike of the coalminers with disastrous consequences. In turns harrowing and violent, Zola brilliantly describes scenes of riots and dramatic rescues, while at the same time bringing to life the characters? romances, passions, and frailties. Based on exhaustive research of coalmining and the worker?s movement, ?Germinal? established Zola as a pioneer of the realist movement. Recognized as one of Zola?s masterpieces, ?Germinal? would widely become associated with the struggle of the working class and the socialistic movement that dominated the political environment of Europe at the end of the 19th and beginning of the 20th century. This edition includes a biographical afterword.