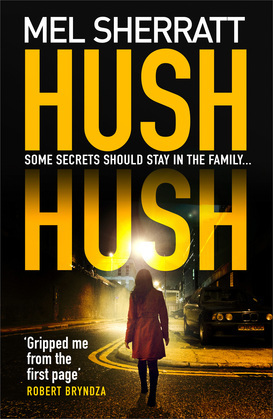 Hush Hush: The most gripping crime thriller of 2018

by Mel Sherratt (Author)
Excerpt
Fiction Mystery & detective Women sleuths
warning_amber
One or more licenses for this book have been acquired by your organisation details
EPUB
26 loans, One at a time
Details

A killer is on the loose, attacking people in places they feel most safe: their workplaces, their homes. It’s up to DS Grace Allendale to stop the murders, and prove herself to her new team.

All clues lead to local crime family the Steeles, but that’s where things get complicated. Because the Steeles aren’t just any family, they’re Grace’s family. Two brothers and two sisters, connected by the violent father only Grace and her mother escaped.

To catch the killer, Grace will have to choose between her team and her blood. But who do you trust, when both sides are out to get you?

An unforgettable thriller that fans of Angela Marsons and Robert Bryndza won’t be able to put down.

‘On a thriller cocktail list, Hush Hush would be a Bloody Mary with a perfect twist…’ FIONA BARTON

‘Gripped me from the first page and didn’t let go until the heart-stopping conclusion!’ ROBERT BRYNDZA

‘This book had me hooked from the start.
DS Grace Allendale is a great character.’

‘I have read nearly all of Mel Sherratt's books and thoroughly enjoyed them. However, this one is my favourite!’

‘A brilliant police procedural: deliciously intense and addictive with a suspenseful storyline that didn't disappoint!’

‘A riveting read and hopefully the first of many in this new series, 10 out of 10 and highly recommended!’

‘I loved this book. Mel Sherratt is a new author for me and I’m so glad I found her…’