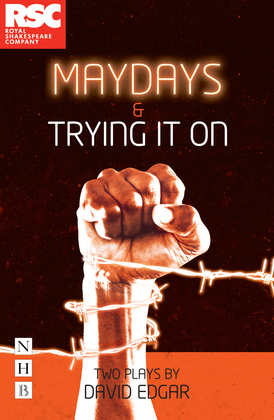 1968. A time of political upheaval the likes of which has not been seen since. Until - perhaps - now.

In a new age of radical leftism and global politics, this new version of David Edgar’s 1983 award-winning hit play Maydays has startling parallels to the political revolution of the Millennial Generation.

Maydays tells the story of the idealistic young who came of age in 1968 and were drawn into revolutionary politics; of defection from east to west as well as from left to right. It is told through a number of interlocking stories, across three continents and 25 years of tumultuous history.

Also included in this volume is David Edgar’s one-person show, Trying It On, which also relates the events of 1968 to the turmoil of today.

It’s 1968. David is 20. It is the height of the worldwide student revolt. The Vietnam war rages. Enoch Powell delivers his 'Rivers of Blood' speech. Martin Luther King is assassinated. These events will define David’s politics and give focus to his writing.

It’s 50 years on. The 70-year-old is confronted by the 20-year old. Do they share the same beliefs? If not, is it the world that’s changed, or him?