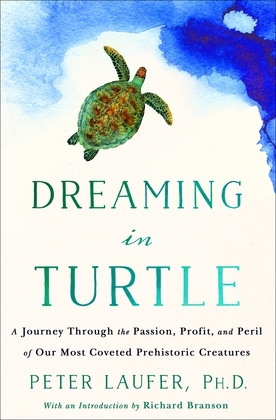 A fascinating exploration into the world of turtles across the globe; Laufer charts the lore, love, and peril to a beloved species.

Dreaming in Turtle is a compelling story of a stalwart animal prized from prehistory through to today?an animal threatened by human greed, pragmatism, and rationalization. It stars turtles and shady and heroic human characters both, in settings ranging from luxury redoubts to degraded habitats, during a time when the confluence of easy global trade, limited supply, and inexhaustible demand has accelerated the stress on species. The growth of the middle class in high-population regions like China, where the turtle is particularly valued, feeds this perfect storm into which the turtle finds itself lashed. This is a tale not just of endangered turtles but also one of overall human failings, frailties, and vulnerabilities?all punctuated by optimistic hope for change fueled by dedicated turtle champions.