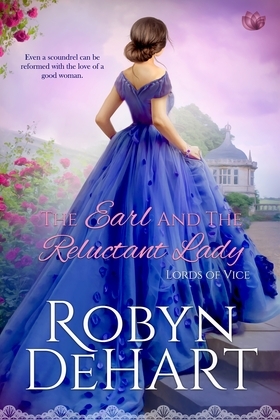 The Earl and the Reluctant Lady

From the very moment Agnes Watkins walked into his life, Fletcher Banks, Earl of Wakefield, has wanted her. Agnes is not just beautiful, she?s clever and determined. She?s also the sister of the man who holds Fletcher?s career as a spy in his hands. And that makes her completely off-limits.

Tall, impossibly broad, and handsome as a sin, Fletcher Banks is a brazen scoundrel. Known for his reputation as the greatest lover in London, he?s the only man who?s ever proved a temptation for Agnes. Her duties with the Ladies of Virtue mean she can?t overlook his lustful ways. The time has come to reform this rake.

With Agnes setting her virtuous sights on him, Fletcher can?t avoid her any longer. Perhaps spending more time together will release him from his infatuation with Agnes without falling further from her brother?s good graces. But they soon find it impossible to deny that this may be more than lust...

Each book in the Lords of Vice series is STANDALONE: