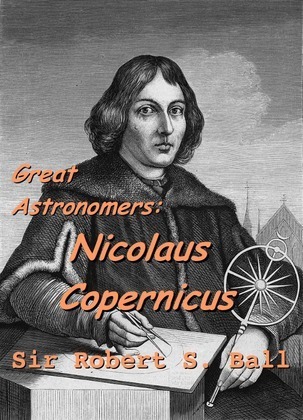 The publication of Copernicus' book, De revolutionibus orbium coelestium (On the Revolutions of the Celestial Spheres), just before his death in 1543, is considered a major event in the history of science.

Although Copernicus correctly deduced that the planets rotate around the Sun, he retained the idea that the orbits were circles. This concept was later overturned by Kepler, who computed that the orbits were elliptical based on accurate measurements of the planets' positions in the sky that were made by Tycho Brahe. (See the volumes about Kepler and Brahe in this eBook series on Great Astronomers.)

This is one chapter from Great Astronomers by Sir Richard S. Ball (2nd edition, 1907).