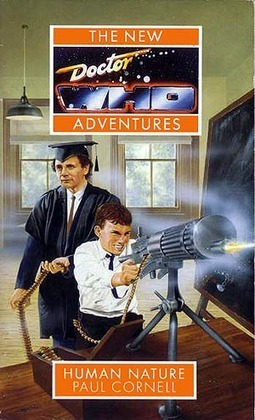 Human Nature is an original novel written by Paul Cornell, from a plot by Cornell and Kate Orman, and based on the long-running British science fiction television series Doctor Who. The work began as fan fiction.

The novel was later serialised in e-book form on the BBC Doctor Who website, but was removed from the site in 2010. A prelude to the novel, also penned by Cornell, appeared in Doctor Who Magazine #226, and was also available on the BBC website. It was later adapted for TV.