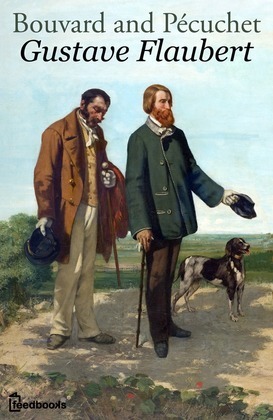 Nowhere do Flaubert's explorations of the relation of signs to the objects they signify reach a more thorough study than in this work. Bouvard and Pécuchet systematically confuse signs and symbols with reality, an assumption that causes them much suffering, as it does for Emma Bovary and Frédéric Moreau. Yet here, due to the explicit focus on books and knowledge, Flaubert's ideas reach a climax. Consequently, the book is widely read as a precursor to modern theories on semiotics and postmodernism. The relentless failure of Bouvard and Pécuchet to learn anything from their adventures raises the question of what is knowable. Whenever they achieve some small measure of success (a rare occurrence), it is the result of unknown external forces beyond their comprehension. In this sense, they strongly resemble Antony in The Temptation of St. Anthony, a work which addresses similar epistemological themes as they relate to classical literature. Lionel Trilling wrote that the novel expresses a belief in the alienation of human thought from human experience. The worldview that emerges from the work, one of human beings proceeding relentlessly forward without comprehending the results of their actions or the processes of the world around them, does not seem an optimistic one. But given that Bouvard and Pécuchet do gain some comprehension of humanity's ignorant state (as demonstrated by their composition of the Dictionary of Received Ideas), it could be argued that Flaubert allows for the possibility of relative enlightenment.