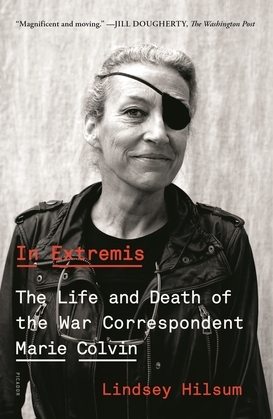 A New York Times Book Review Editors' Choice. Finalist for the Costa Biography Award and long-listed for the Andrew Carnegie Medal for Excellence. Named a Best Book of 2018 by Esquire and Foreign Policy. An Amazon Best Book of November, the Guardian Bookshop Book of November, and one of the Evening Standard's Books to Read in November

"Now, thanks to Hilsum?s deeply reported and passionately written book, [Marie Colvin] has the full accounting that she deserves." --Joshua Hammer, The New York Times

The inspiring and devastating biography of Marie Colvin, the foremost war reporter of her generation, who was killed in Syria in 2012, and whose life story also forms the basis of the feature film A Private War, starring Rosamund Pike as Colvin.

When Marie Colvin was killed in an artillery attack in Homs, Syria, in 2012, at age fifty-six, the world lost a fearless and iconoclastic war correspondent who covered the most significant global calamities of her lifetime. In Extremis, written by her fellow reporter Lindsey Hilsum, is a thrilling investigation into Colvin?s epic life and tragic death based on exclusive access to her intimate diaries from age thirteen to her death, interviews with people from every corner of her life, and impeccable research.

After growing up in a middle-class Catholic family on Long Island, Colvin studied with the legendary journalist John Hersey at Yale, and eventually started working for The Sunday Times of London, where she gained a reputation for bravery and compassion as she told the stories of victims of the major conflicts of our time. She lost sight in one eye while in Sri Lanka covering the civil war, interviewed Gaddafi and Arafat many times, and repeatedly risked her life covering conflicts in Chechnya, East Timor, Kosovo, and the Middle East. Colvin lived her personal life in extremis, too: bold, driven, and complex, she was married twice, took many lovers, drank and smoked, and rejected society?s expectations for women. Despite PTSD, she refused to give up reporting. Like her hero Martha Gellhorn, Colvin was committed to bearing witness to the horrifying truths of war, and to shining a light on the profound suffering of ordinary people caught in the midst of conflict.

Lindsey Hilsum?s In Extremis is a devastating and revelatory biography of one of the greatest war correspondents of her generation.