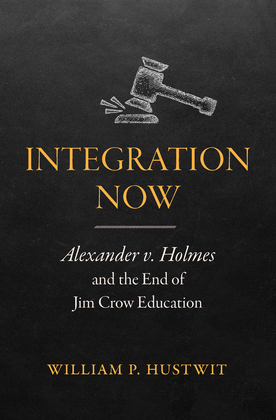 Recovering the history of an often-ignored landmark Supreme Court case, William P. Hustwit assesses the significant role that Alexander v. Holmes (1969) played in integrating the South's public schools. Although Brown v. Board of Education has rightly received the lion's share of historical analysis, its ambiguous language for implementation led to more than a decade of delays and resistance by local and state governments. Alexander v. Holmes required "integration now," and less than a year later, thousands of children were attending integrated schools.

Hustwit traces the progression of the Alexander case to show how grassroots activists in Mississippi operated hand in glove with lawyers and judges involved in the litigation. By combining a narrative of the larger legal battle surrounding the case and the story of the local activists who pressed for change, Hustwit offers an innovative, well-researched account of a definitive legal decision that reaches from the cotton fields of Holmes County to the chambers of the Supreme Court in Washington.