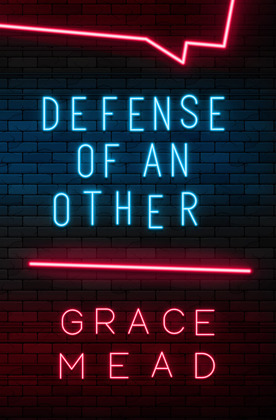 Defense Of An Other

Defense of an Other begins in the French Quarter with a day in the life of a young lawyer named Matt Durant gone horribly awry. After a few beers, Matt works up the courage to visit a gay bar, where he meets a stranger named Joey Buckner. When Matt and Joey duck into an alley behind the bar to take a leak, three drunks target them for a hate crime and beat up Joey, which forces Matt to attack and kill one of the men. Matt is then arrested for murder, thrown in Orleans Parish Prison and calls his boss for help, forcing him out of the closet. The novel then follows the course of his trial and explores its consequences. Defense of an Other is the debut novel from a trans, practicing lawyer born and raised in Louisiana, who graduated from Dartmouth College and then became the Editor-in-Chief of the University of Chicago Law Review. Her seventeen year career has included a one-year clerkship for the appellate court with jurisdiction over Louisiana federal trial courts and 16 years of civil litigation. Heavily influenced by political fiction like Bryce Courtenay’s The Power of One, in Defense of an Other southern storytelling meets the gritty legal realism of Law & Order.