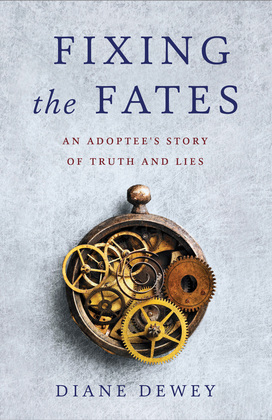 • The 2017 Dave Thomas Foundation for Adoption/Harris Poll results show that adults today are more likely to say they have direct ties to adoption than in previous years—either from being adopted as a child or adopting a child themselves—with one in ten Americans saying they were adopted as a child.
• The Donaldson Adoption Institute reports that 60% of Americans have a connection to adoption, which means being adopted, having an adopted child in the immediate family, or relinquishing a child for adoption. With the current population in America of 325.7 million persons, this translates to 195.6 million.
• Adoption Network Law Center states that 100 million Americans have adoption in their immediate family, a large audience for this book.
• Adoption Rights Law Center also reports that only nine states in America have unrestricted access to original birth certificates. The issue of biological reunion remains in flux as other states come on board.
• As the number of children in the American foster care system grows (670,000 in 2015) through the opioid crisis, it is anticipated the number of adoptions will increase.
• Switzerland has a population of approximately 8.5 million persons with just over 9,500 registered same sex partnerships. Their rights to adopt are pending in controversial legislation—a hot button topic.
• Germany’s population is over 82 million people. Approximately 32,800 persons are adopted, the majority coming from EU countries, making the adoption triangle population over 100,000 in my country of origin.
• Adult female readers, who according to U.S. census figures, numbered 125,900,000 in 2014, are the primary target audience for this memoir.
• According to Nielsen BookScan, total sales in the categories of Personal Memoirs, Childhood Memoirs, and Parental Memoirs increased more than 400 percent between 2004 and 2008. Even with declining books sales overall in 2017, memoir retains its audience.