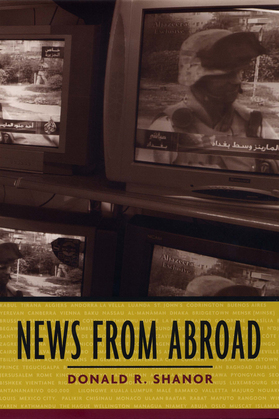 In this insightful and hard-hitting investigation, former international news correspondent Donald R. Shanor follows the deterioration of international reporting and assesses the dangers that arise when U.S. citizens and policymakers are uninformed about foreign events until local problems erupt into international crises. Shanor also considers three major factors—technology, immigration, and globalization—that are influencing and complicating the debate over whether quality or profit should prevail in foreign reporting. In only a decade, the Internet has become a primary source of information for millions of Americans, particularly for younger generations. At the same time, a surge in America's immigrant population is rapidly changing the country's ethic and cultural landscape—making news from abroad local news in many cities—while global business practices are broadening the range of issues directly affecting the average citizen.

News from Abroad provides a comprehensive portrait of the contemporary state of international news coverage and argues for the importance of maintaining networks of experienced journalists who can cover difficult subjects, keep Americans informed about the global economy, deliver early warnings of impending disasters and threats to national security, and prevent the United States from falling into cultural isolation.