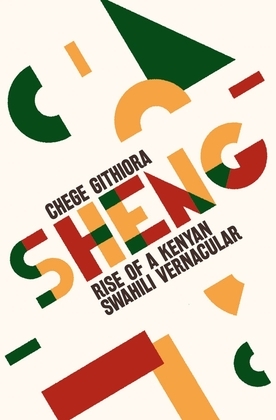 African multilingualism is changing the languages and identities of urban communities, and indeed entire nations. Sheng, a non-standard variety of Kenyan Swahili closely associated with Nairobi's low-income urban youth, reflects the dynamics of rapid, on-going urbanisation processes taking place in Africa. It is a product of the language dynamics of Nairobi city specifically, and more broadly of Kenya, within the context of a distinctively stratified, multilingual society in search of a modern identity.
Sheng has gained a position as one of the many varieties of Swahili; it is the productof a specific linguistic ecology in which Swahili language continues to evolve and change. Research shows that it is recognised by both speakers and those in the wider speech community as a distinctive language variety used mainly, but not exclusively, by the younger generation.
Sheng is linked to transnational African diaspora influences and global black culture, especially through social media, hip hop and reggae music. It has also entered mainstream domains of language use in the Kenyan media, as well as political and corporate advertising. It can be seen to be changing from a restricted, in-group and covert youth language into a vernacular of wider communication in Nairobi and beyond. Sheng is a language phenomenon that has a bearing on Kenya's national identity and its sociolinguistic future.

Chege Githiora is Senior Lecturer in Swahili in the Department of the Languages and Cultures of Africa, SOAS, University of London, and he is the author of Afro-Mexicans:Discourse of race and identity in the African Diaspora (Africa World Press, 2008).