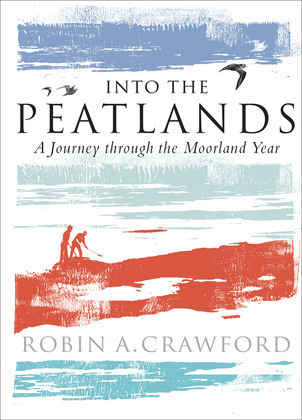 A portrait of these Scottish wetlands: “Fascinating…makes you yearn for a sip of golden whisky whose barley malt has been smoked over a rich, peaty fire.” —Daily Mail

The peatlands of Scotland’s Outer Hebrides are half land, half water. Their surface is a glorious tweed woven from tiny, living sphagnums rich in wildlife, but underneath are layer upon layer of dead mosses transforming into the peat. One can, with care, walk out onto them, but stop and you begin to sink into them. For time immemorial the peatlands have been places—for humans at least—of seasonal habitation but not of constant residence.

In this book, Robin A. Crawford explores the peatlands over the course of the year, explaining how they have come to be and examining how peat has been used from the Bronze Age onwards. In describing the seasonal processes of cutting, drying, stacking, storing, and burning, he reveals one of the key rhythms of island life, but his study goes well beyond this to include many other aspects, including the wildlife and folklore associated with these lonely, watery places.

Widening his gaze to other peatlands in the country, he also reflects on the historical and cultural importance that peat has played, and continues to play—it is still used for fuel in many rural areas and plays an essential role in whisky-making—in the story of Scotland.