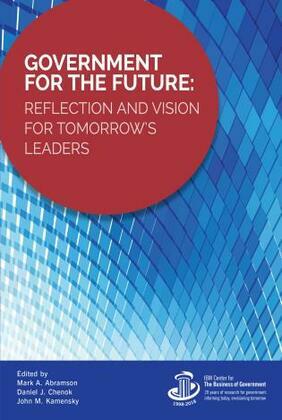 Government for the Future

In recognition of its 20th anniversary, The IBM Center for the Business of Government offers a retrospective of the most significant changes in government management during that period and looks forward over the next 20 years to offer alternative scenarios as to what government management might look like by the year 2040. Part I will discuss significant management improvements in the federal government over the past 20 years, based in part on a crowdsourced survey of knowledgeable government officials and public administration experts in the field. It will draw on themes and topics examined in the 350 IBM Center reports published over the past two decades. Part II will outline alternative scenarios of how government might change over the coming 20 years. The scenarios will be developed based on a series of envisioning sessions which are bringing together practitioners and academics to examine the future. The scenarios will be supplemented with short essays on various topics. Part II will also include essays by winners of the Center’s Challenge Grant competition. Challenge Grant winners will be awarded grants to identify futuristic visions of government in 2040.