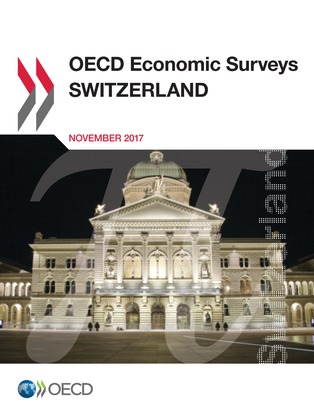 pSwitzerland continues to provide its citizens with a high standard of living. The economy has shown considerable resilience, most recently to the exchange rate appreciation in 2015. Nevertheless, growth has been too slow to absorb spare capacity or raise income per capita meaningfully. Unconventional monetary policies have helped return inflation to positive territory, but pose other risks. Fiscal policy is sound, and the federal fiscal rule has helped lower public indebtedness but it implies that spending priorities must be funded from other areas. Labour productivity growth has been falling since the late-1990s to be one-third of the OECD average rate in the past decade. Swiss RD and innovation are top-ranked but need to be more widespread. Frontier firms’ labour productivity has diverged from the rest. The Swiss education and training system is well regarded and has contributed to high employment rates. However, it is being increasingly challenged by the ever-growing demand for high-skilled workers along with the changing nature of work. Maintaining and raising living standards will require policies to restore productivity growth and ensure that the skills training and lifelong learning system is nimble./p