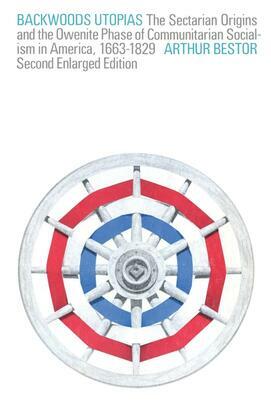 The new society that the world awaited might yet be born in the humble guise of a backwoods village. This was the belief shared by the many groups which moved into the American frontier to create experimental communities—communities which they hoped would be models for revolutionary changes in religion, politics, economics, and education in American society. For, as James Madison wrote, the American Republic was "useful in proving things before held impossible."

The communitarian ideal had its roots in the radical Protestant sects of the Reformation. Arthur Bestor shows the connection between the "holy commonwealths" of the colonial period and the nonsectarian experiments of the nineteenth century. He examines in particular detail Robert Owen's ideals and problems in creating New Harmony.

Two essays have been added to this volume for the second edition. In these, "Patent-Office Models of the Good Society" and "The Transit of Communitarian Socialism to America," Bestor discusses the effects of the frontier and of the migration of European ideas and people on these communities. He holds that the communitarians could believe in the possibility of nonviolent revolution through imitation of a small perfect society only as long as they saw American institutions as flexible. By the end of the nineteenth century, as American society became less plastic, belief in the power of successful models weakened.