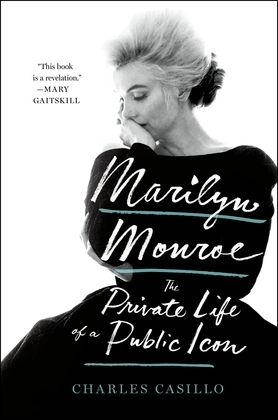 Based on new interviews and research, this ground-breaking biography explores the secret selves behind Marilyn Monroe?s public facades.

Marilyn Monroe. Her beauty still captivates. Her love life still fascinates. Her story still dominates popular culture. Now, drawing on years of research and dozens of new interviews, this biography cuts through decades of lies and secrets and introduces you to the Marilyn Monroe you always wanted to know: a living, breathing, complex woman, bewitching and maddening, brilliant yet flawed.

Charles Casillo studies Monroe?s life through the context of her times?in the days before feminism. Before there was adequate treatment for Marilyn?s struggle with bipolar disorder. Starting with her abusive childhood, this biography exposes how?in spite of her fractured psyche?Marilyn?s extreme ambition inspired her to transform each celebrated love affair and each tragedy into another step in her journey towards immortality. Casillo fully explores the last two years of her life, including her involvement with both John F. Kennedy and his brother Robert, and the mystery of her last day.

Just a few of Casillo's revelations:
*Despite reports of their bitter rivalry, Elizabeth Taylor secretly reached out and tried to help Marilyn during one of her darkest moments.

*The existence of Marilyn?s semi-nude love scene with Clark Gable?long thought to be lost.

*A few nights before she died, Marilyn encountered Warren Beatty at a party and disclosed some of the reasons for her final despair.

*A meticulously detailed account of the events of her last day, revealing how a series of miscommunications and misjudgments contributed to her death.